Distant Rest is a single long-form track which takes its title from a line in a poem by World War I soldier and poet Wilfred Owen entitled Dulce et Decorum Est. It refers to going back to the safety of the barracks after fighting on the front line, and a theme of safety and a return to an easier, simpler time runs through the track, which is based around a field recording made on the artist's phone at his mother's house where he grew up.

Visiting his childhood home with his own children, you can hear his kids playing and shouting and the noise of passing traffic outside. These subtly manipulated environmental sounds are layered with soft lulling keyboard tones and passages of electric guitar. The sounds are stretched, looped and electronically processed into an immersive ambient drift of droning textures, glitches, noise and submerged melody, with a nostalgic and melancholy tone. 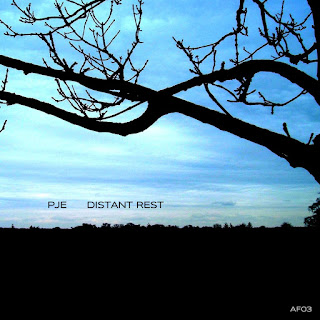